skip to main | skip to sidebar

Foot in Mouth of the Day - the Highly Contested Award

For the first time ever, DhakaShohor's award for speaking out of your ass has seen a contest between two worthy contenders. Unprecedented, but this is what happens when you give bureaucrats unchecked power. 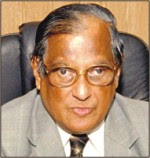 On this side of the ring: Regulatory Reforms Commission Chief Akbar Ali Khan.

Mr. Khan notes that NGOs have little transparency or accountability. Fair enough. DhakaShohor agrees. Unfortunately, being a part of the Bangladeshi government, he has little to no moral authority to lecture other people about "transparency and accountability", especially "NGOs" comprised of private citizens.

The private citizens of this country, especially those involved with voluntary organizations, are nowhere near as bad as the bureaucrats. Nor do they have the power to censor, silence and exile critics.

So foot in mouth.

His opponent on the other side of the ring, the formidable, the magnificently double-tongued, the elusive Dr. A.T.M. Shamsul Huda! Our very own CEC is aspiring to the ranks of humour that only Jester Pervez "Action Man" Musharraf has risen to.

He says that a "doctrine of necessity" has prevented him from inviting the Zia-Delwar group of BNP:

Asked to explain the doctrine, Huda said: "The party chairperson is in prison. It's not possible for her to convene a meeting or discharge other duties. But the party cannot wait or stagnate. It has to be run. When such was the situation, senior leaders took an initiative and we consider the standing committee's meeting appropriate."

Now the phrase "doctrine of necessity" was first popularised by people like DhakaShohor's Friend (not Master!) and posthumous Foot-in-Mouth winner Ayub Khan, so when a civilian bureaucrat says the same it sounds like clutching at straws to us.

He then stakes his claim to DhakaShohor's award through this comment:

"You [journalists] are free. Why don't you write about these? You can interpret and analyse. I won't explain further. We have said in writing whatever we had to say

But then he really proceeds to knock the wind out of Akbar Ali Khan with this next left hook:

Oh well done Commissioner, well done! "Doctrine of necessity" to override the constitution for Mrs. Zia, and "appropriate procedures" for Mr. Bhuiyan. And still you are claiming to be fair and neutral!

This is the stuff that disrespectful bloggers like ourselves wait decades for! We'd say foot in mouth and link two different stories, but Dr. A.T.M. Shamsul Huda has saved us the trouble and managed to contradict himself within the same piece. I leave the readers to judge for themselves who deserves the award more.

I love your foot in mouth of the day commentaries.

Ali akbar khan's esteem comes from a number of sources which you may or may not recognise the symbolic value of. His professional capital comes from being a secretary and BCSwallah. He writes rather deep books and he resigned from CTG mark 1. This gives him a degree of integrity and lovability that I reckon both the CNG and CTG communities would respect.

Corruption is present in the NGO sector like any other, and distortion of purpose and practice occurs with time(chasing funds through donors or MF), hence the need for regulation.

He deserves a chuckle of the day award for being involved in an initiative that calls itself SMILING. A move to mufassilise the rather dhaka concentrated corporate NGO sector and nurture locally rooted organisations.

The concept of necessity, dhurura is centuries old in our kinds of societies (think jururi obosta). It is invoked when there's no other path seen and creative means are not visible/operable. Its the kind of condition that permits the poor day labourer not to fast.

CEC is not going to wait for KZ to cast a spell on her guards, bust herself out of jail, jump into a CNG and issue instructions to her party over youtube. He has to get the party election rule hearings done with. Internal BNP and AL ego chairman battles are quaint, but not of primary importance. EC is specifically consulting them about rules, not crowning Saifur Rahman and Hafizzudin.

Necessity is invoked far too much in bangladesh society and the ability to create and implement alternatives tends to be neglected for the easy option. It is a country that is absolutely dependant on the international system of goodwill and continually battered by internal illwill.

In this environment highly principled action and enlightened cooperation is not easy.

Donate to Survivors of Cyclone SIDR

Feel free to browse, skim, inhale deeply, comment, ask for clarification, be enraged, scratch your head (or wherever) and even DISAGREE wholeheartedly.

More? Feel free to email me at dhaka.shohor@gmail.com or add me onto facebook and rant there. Answers are not guaranteed.

Syndication (aka delusions of grandeur)